Posted on November 4, 2011 by chitownstarconnections

All photography is by Jennifer Hedrick

The streets of Halsted were filled with all sorts of odd creatures on Monday night.  No it wasn’t Market Days, it was the fifteenth annual North Halsted Merchants Association Halloween Parade. Everyone waits all year to see the creativity exhibited by these revelers.  It must be a tough job to have to judge these costumes but two finalists were picked in each category. Following the parade, Boystown celeb “Miss Foozie” played emcee with her entourage while the crowd was entertained. One of the features was the 2011 winner of Windy City Gay Idol singing the crowd favorite “Beauty School Dropout.”  The crowd was also filled with pride and spirit as they watched the Chicago Spirit Brigade dance and cheer. Performers from “The Night of the Living Dead” sang from their award winning show as well. But the big excitement of the night was seeing and voting for the winning costumes. With the crowd’s help, Miss Foozie and her entourage presented two finalists for each of the categories.  Despite the cold, the crowd cheered for their favorites and each winner was presented with a good bag of prizes from Halsted area merchants. No one went away empty handed, as the other finalist was given a goody bag as well.

“And now Miss Dolly Parton.” and her friends 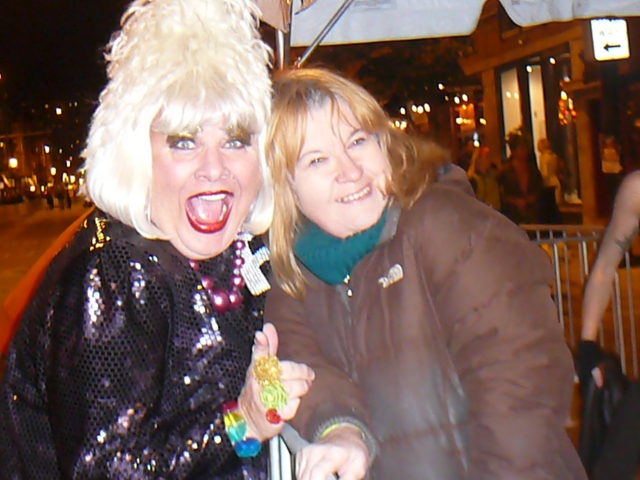 me and the FAB Miss Foozie! She called me her “pineapple”

the late Amy Winehouse dropped in 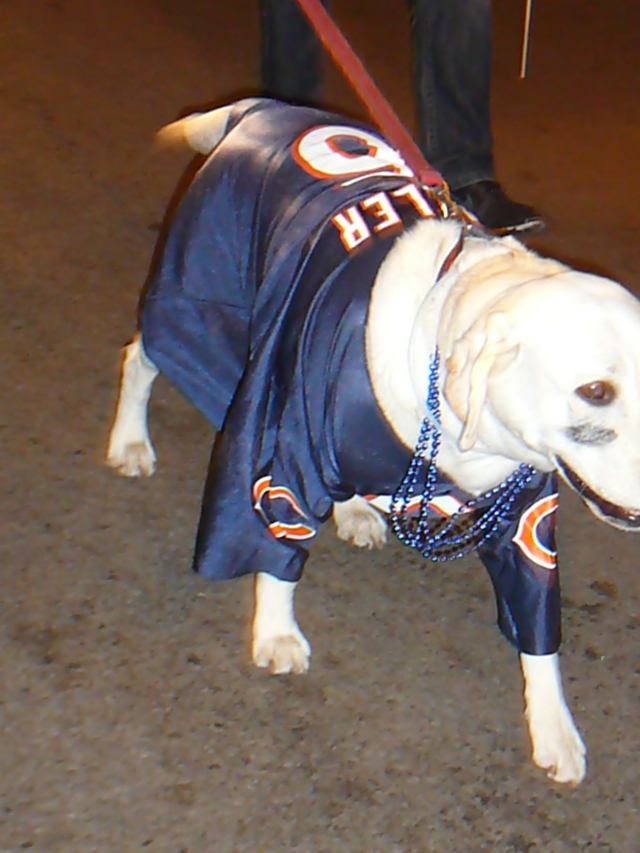 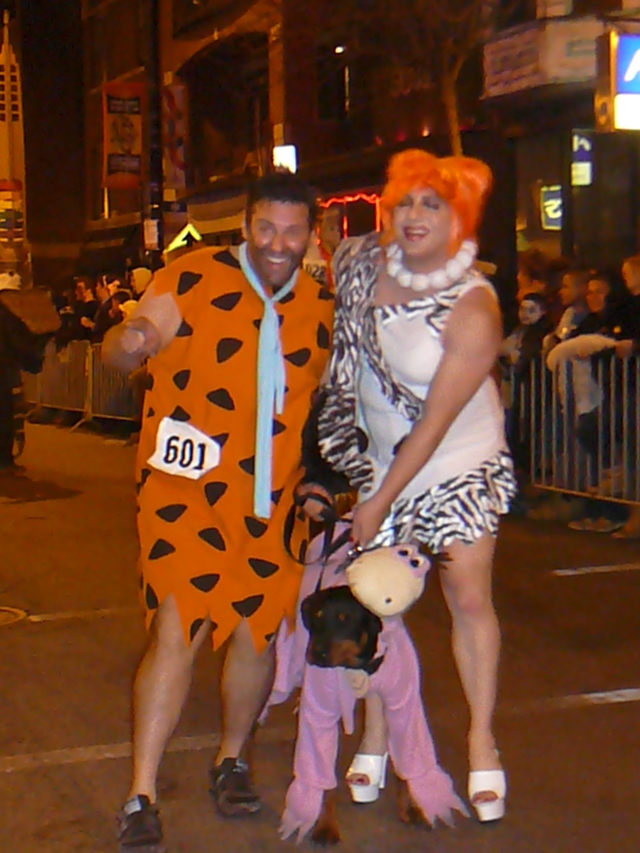 Could n’t resist , from my childhood The Flintstones with doggy Dino 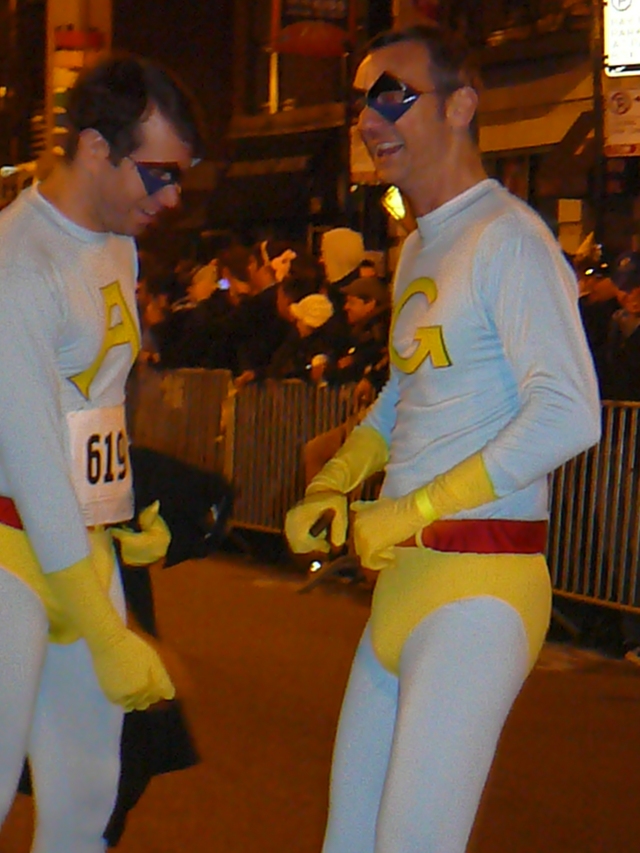 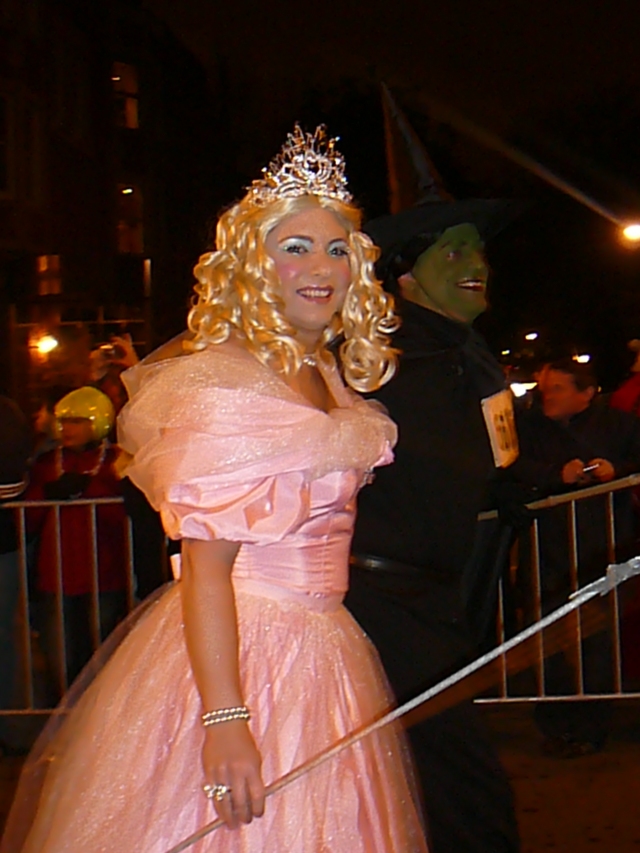 Direct from Broadway and Wicked Glinda and Elphaba 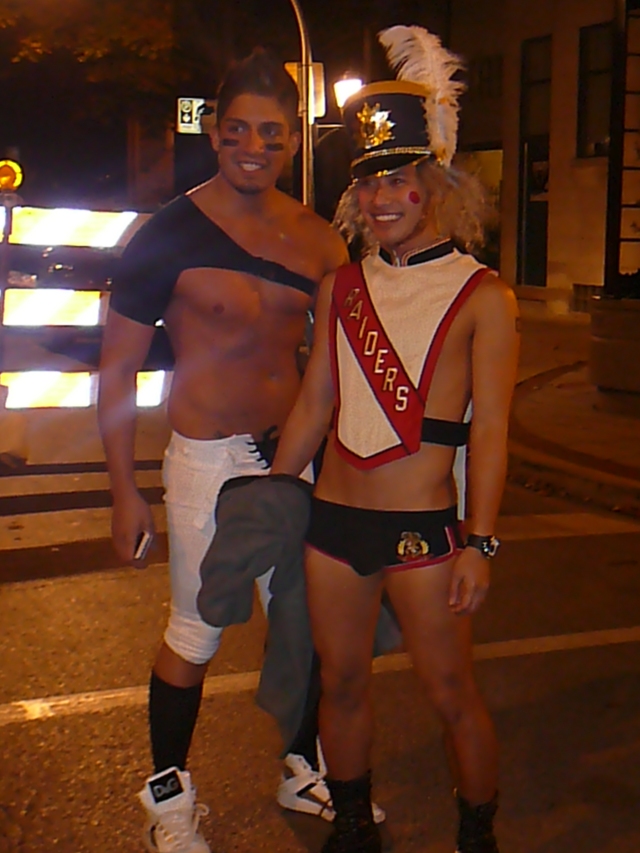 Some eye candy for the boys 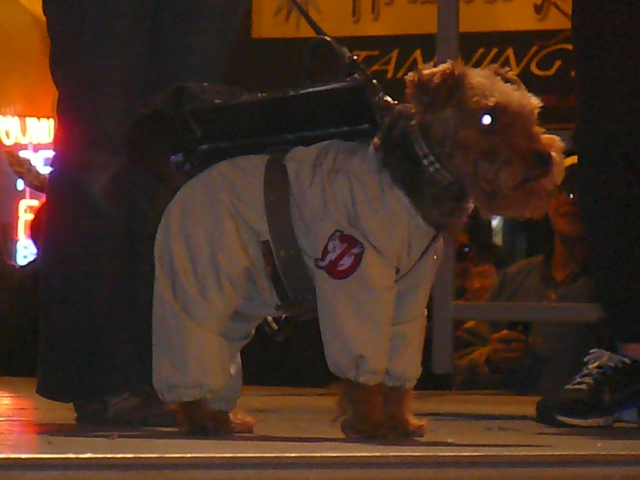 Who are you gonna call? Ghost buster dog as one of the finalists 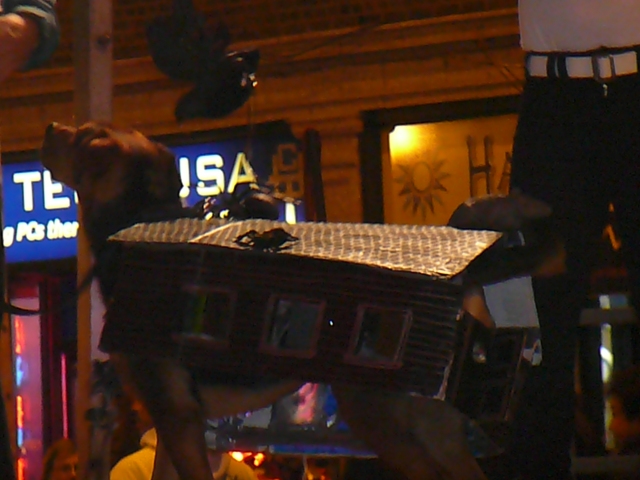 Winner of the most scariest contest The Purple People Eater

The cast of the “Night of the Living Dead.” sing from their award winning show 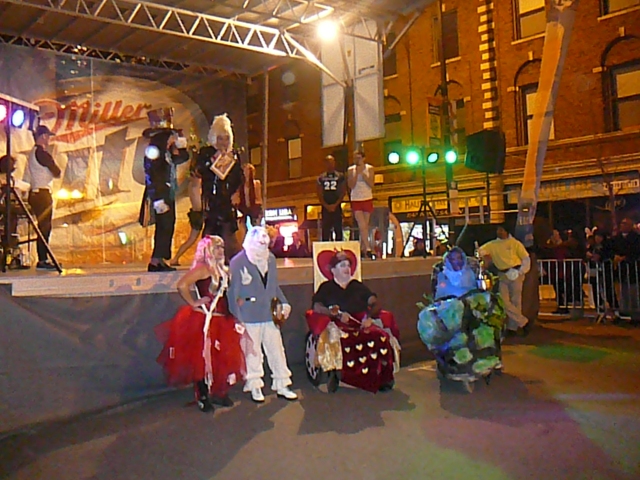 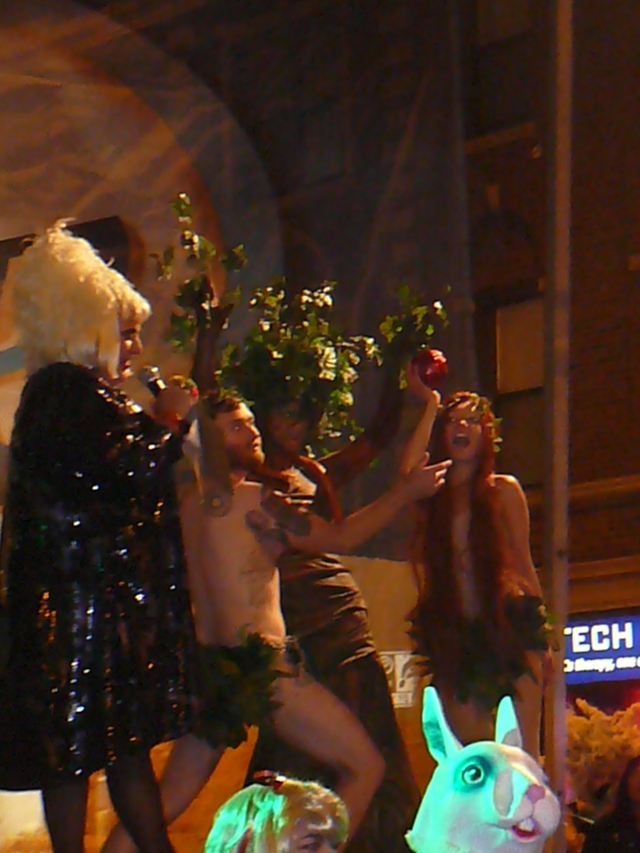 the winner Adam and Eve and the Tree of Knowledge 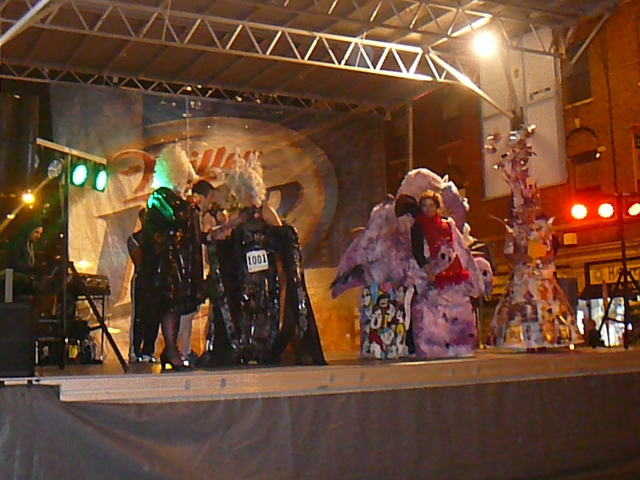 Winners The couple from Gremlins …originally designed and made

straight from the halls of McKinley High … the Warblers from GLEE

Melanie Christy is am actress/singer who came to Chicago to pursue her dreams of acting. Coming from a small town in Ohio she has been enjoying the things that city life has to offer like great cuisine from all parts of the globe, parties with great people including celebrities, gorgeous fashions and of course fun! Follow her, read her blog and learn about all the amazing adventures you can be a part of throughout Chicagoland! Jennifer Hedrick is the photographer and techie for our blogs. She was born and raised here in Chicago. Her love of photography started when she was a child. She has photographed many celebs, events, fashion shows and more. She also considers herself a bit of a foodie and loves food porn. Her other loves include her nieces and nephews, animals and the shows Castle, Chicago Fire, Chicago PD, Grey's Anatomy and Scandal.
View all posts by chitownstarconnections →
This entry was posted in About town. Bookmark the permalink.