Posted on September 5, 2012 by chitownstarconnections 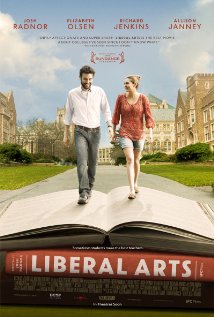 Last night, I was treated to the screening of a great indie. I was one of the fortunate few who attended the Chicago screening of the Sundance sensation, “Liberal Arts.”  The screening was part of a monthly networking event called “The Midwest Independent Film Festival.” It spotlights great indie movies that are made in the Midwest. The festival emphasizes the fact that you don’t have to Hollywood or New York and encourages film makers to make their films in the Midwest.  It is also a great place for industry professionals to network as well.

More and more sitcom actors are choosing to move to the other side of the camera. “Liberal Arts.” is one of those films. Josh Radnor, who is now beginning his eighth season on the CBS show “How I Met Your Mother ” is the latest in this prestigious line. Radnor shines in the triple role as writer, director, and star of this coming of age story of sorts.

Radnor plays Jesse, a thirtysomething from New York who is invited back to Ohio for his favorite professor’s retirement. While he is there, he is introduced to a young drama student who is played by the incredibly talented Elizabeth Olsen. Zibby takes Jesse back to the days when life was simple and he was in college. He romanticizes his youth and decides to stay in the past where he is comfortable and not speeding toward middle age.   In this world, he misses the student and boy he was. The college is a breeding ground for a colorful group of characters ranging from a suicidal genius, to an awesome portrayal of Zac Efron playing a stoner that Jesse meets and actually learns from. Allison Janney (West Wing) gets my vote for the best role in the movie as the lit prof that Jesse idealizes. Janney is hysterical as the cougar who stalks her prey and then  disposes of it.  This star studded cast includes Richard Jenkins, Kate Burton, Elizabeth Reaser,  and John Magaro.

The most charming part of the movie is the picturesque scenery . Radnor, an Ohio native , wanted to bring the charm of the Buckeye State to the screen. As an Ohioan who graduated from a liberal arts college,  it was a nostalgic journey that took me back to my own college days with small dorm rooms and ancient buildings.  “Liberal Arts” is one of those films that takes the viewer back to the past and teaches them to deal with the future. I can’t wait to own this beautiful film. 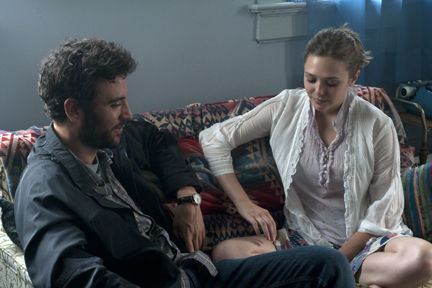 Melanie Christy is am actress/singer who came to Chicago to pursue her dreams of acting. Coming from a small town in Ohio she has been enjoying the things that city life has to offer like great cuisine from all parts of the globe, parties with great people including celebrities, gorgeous fashions and of course fun! Follow her, read her blog and learn about all the amazing adventures you can be a part of throughout Chicagoland! Jennifer Hedrick is the photographer and techie for our blogs. She was born and raised here in Chicago. Her love of photography started when she was a child. She has photographed many celebs, events, fashion shows and more. She also considers herself a bit of a foodie and loves food porn. Her other loves include her nieces and nephews, animals and the shows Castle, Chicago Fire, Chicago PD, Grey's Anatomy and Scandal.
View all posts by chitownstarconnections →
This entry was posted in movies. Bookmark the permalink.