Posted on September 22, 2012 by chitownstarconnections 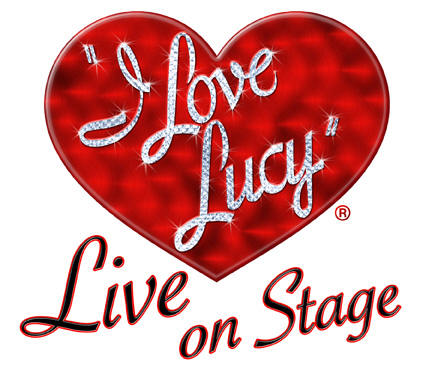 In 1952, CBS premiered a comedy about a Cuban band leader and his daffy wife.  She was usually aided in her crazy schemes by her best friend and neighbor.  Today , “I Love Lucy” is the longest running sitcom in television history. Lucy’s antics can be watched all over the world at any time of the day.  Broadway in Chicago has brought the hit live musical stage show to Water Tower’s Broadway Playhouse.  “I Love Lucy on Stage” is a magical visit to the studio where the classic sitcom was filmed.  The audience members are transported back in time to the fifties before emails and texts.  You will get the feel you are an actual audience member in the Desilu Playhouse watching a filming of the show.  Period cameras dot the stage to give that authentic feel. Ed Kross as “Maury,” is the genial host that welcomes you to the show and explains how a filming works.  He also lets us in on some television trade secrets.  The sentimental journey is continued with the Crystaltones, an old time singing group that entertains the audience with commercial jingles from the period.  “Youngsters” can sing right along, while us kids can marvel at a time before computer graphics and popular music were used in commericials.

Every sitcom cast , past and present , is always introduced to the audience.  Siriena Irwin as” Lucy “and Bill Mendieta as” Ricky or Desi” play the pleasant hosts to their audience guests.  We were treated to two classic episodes , “The Benefit” and “Lucy Has Her Eyes Examined.”   Siriena was right on the money with the facial expressions and mannerisms of the late comedienne.  Bill should also be complimented on his portrayal as well.  When Mendieta took to the stage and began his rendition of “Babalu” , you would swear that he was channeling the spirit of Desiderio Alberto Arnaz 111,

Curtis Pennyjohn and JoAnna Daniels were the perfect compliment as the Mertzes.  Their timing was flawless and the whole ensemble worked well together.  One of Pettyjohn and Daniel’s highlights was when they were auditioning for the Broadway producer.  Their rendition of the “Varsity Drag” was so campy and fun . It only paled in comparrison to Lucy’s jitterbug performance.  Richard Strimer shined as the jitterbug partner who was clueless to Lucy’s blindness.  Sara Sevigny added to the fun as the confused audience member and “Lucy” trivia contestant.  She was hilarious.

Shon LeBlanc was the designer of the period wardrobe and Aaron Henderson gave a special touch with his sitcom set.  Diane Martinous added a special touch to the show as Hair /Wig Designer. Stacey Miller should also be commended for the outstanding job of creating the classic characters.  Rick Sparks as Director pulls the whole production together as a whole and does it beautifully.

So if you want to spend an old fashion family evening at the theatre, go see “I Love Lucy Live”  You won’t be able to stop laughing. The show runs till Nov 11 and seats are still available. Go to http://www.broadwayinchicago or http://www.ilovelucylive.com for tickets . 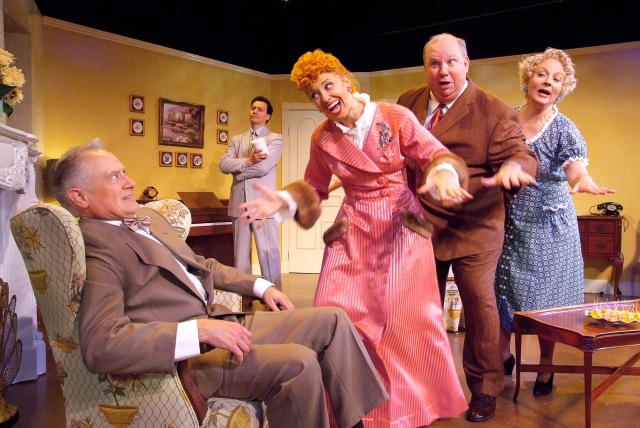 Melanie Christy is am actress/singer who came to Chicago to pursue her dreams of acting. Coming from a small town in Ohio she has been enjoying the things that city life has to offer like great cuisine from all parts of the globe, parties with great people including celebrities, gorgeous fashions and of course fun! Follow her, read her blog and learn about all the amazing adventures you can be a part of throughout Chicagoland! Jennifer Hedrick is the photographer and techie for our blogs. She was born and raised here in Chicago. Her love of photography started when she was a child. She has photographed many celebs, events, fashion shows and more. She also considers herself a bit of a foodie and loves food porn. Her other loves include her nieces and nephews, animals and the shows Castle, Chicago Fire, Chicago PD, Grey's Anatomy and Scandal.
View all posts by chitownstarconnections →
This entry was posted in Theatre. Bookmark the permalink.