Posted on January 22, 2013 by chitownstarconnections

Temperatures may be plummeting outside, but the crowd at Hydrate felt the heat. Rupaul’s Drag Race fans made their way top the hip Halsted club to greet their queen Miss Chad Michaels. Chad has the distinct honor of being the winner of Rupaul’s All Stars. Former drag race contestants including JuJuBee, Pandora Boxx, Mimi Imfurst, Alexis Mateo, Latrice Royale and and other favorites. Each of the girls were teamed up with a partner until it came down to the final three. Chad showed her best and her fiercest earning her the All Star crown and the honor her photo hanging next to the queen herself Rupaul in the Drag Queen Hall of Fame.

Hydrate fav, Dida Ritz warmed up the crowd with a sexy number. Taking the mic Dida spoke warmly of her drag sister. Accompanied by Cher’s “Believe” Chad Michaels came out lip syncing her heart out to her cheering fans. Chad is said to be the best Cher impersonator in the world, we could see why!

Following the performance, fans got to meet their idol. A fabulous time was had by all!

Dida Ritz warms up the crowd with a sexy little number. 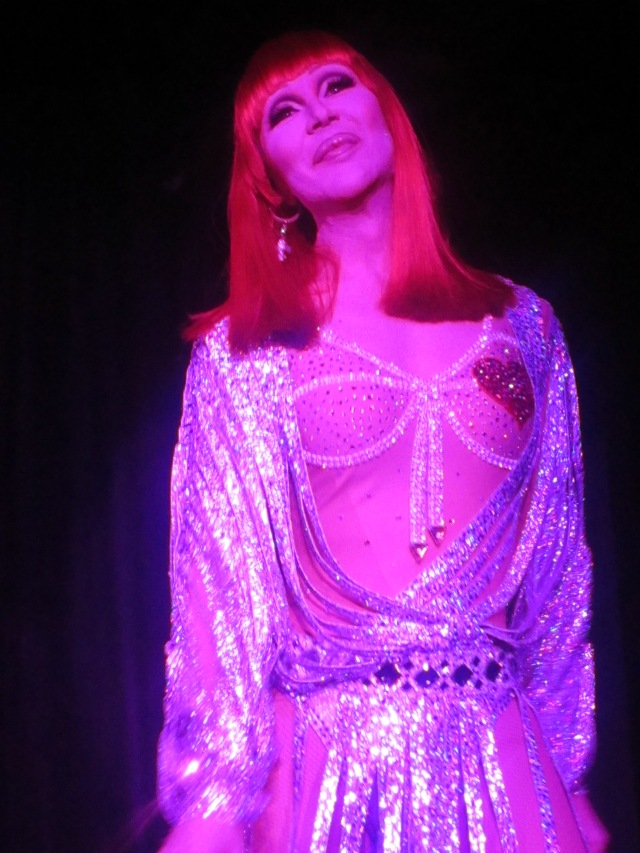 Jen and I with the stunning Chad Michaels

Melanie Christy is am actress/singer who came to Chicago to pursue her dreams of acting. Coming from a small town in Ohio she has been enjoying the things that city life has to offer like great cuisine from all parts of the globe, parties with great people including celebrities, gorgeous fashions and of course fun! Follow her, read her blog and learn about all the amazing adventures you can be a part of throughout Chicagoland! Jennifer Hedrick is the photographer and techie for our blogs. She was born and raised here in Chicago. Her love of photography started when she was a child. She has photographed many celebs, events, fashion shows and more. She also considers herself a bit of a foodie and loves food porn. Her other loves include her nieces and nephews, animals and the shows Castle, Chicago Fire, Chicago PD, Grey's Anatomy and Scandal.
View all posts by chitownstarconnections →
This entry was posted in About town. Bookmark the permalink.